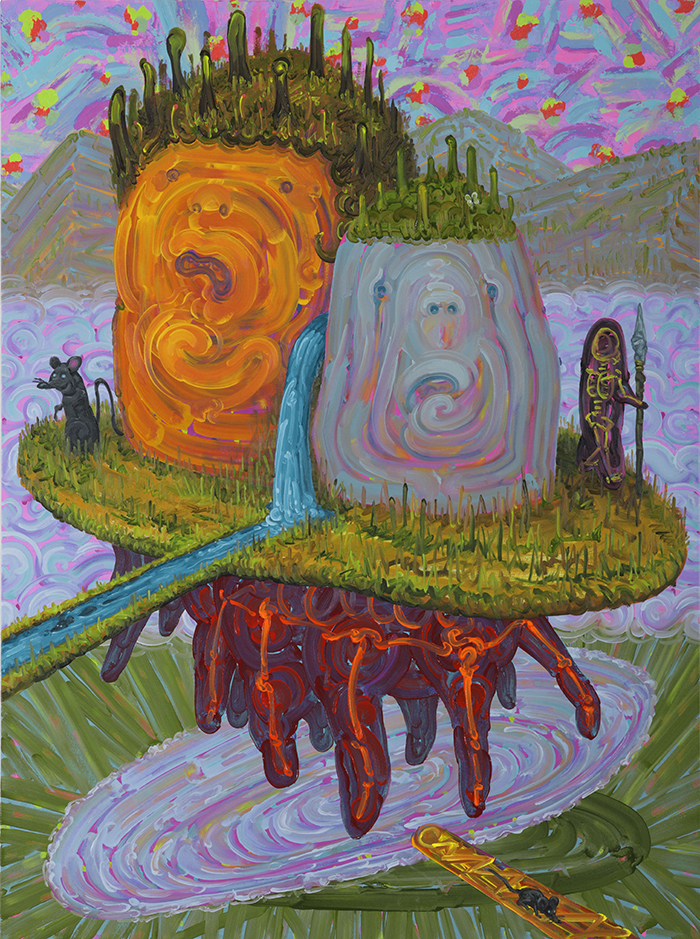 Basing his work on a story of “Madness” and “Purification”, Masada once again awakens a unique expressive style taking three-dimensional forms, creating both sculptural works made using Cray-pas oil pastels in unconventional ways and oil paintings rendered on large canvases.

A selection of collaborations produced by Takeshi Masada × fragmentdesign × NOMA t.d. will be available in our store during the exhibition. 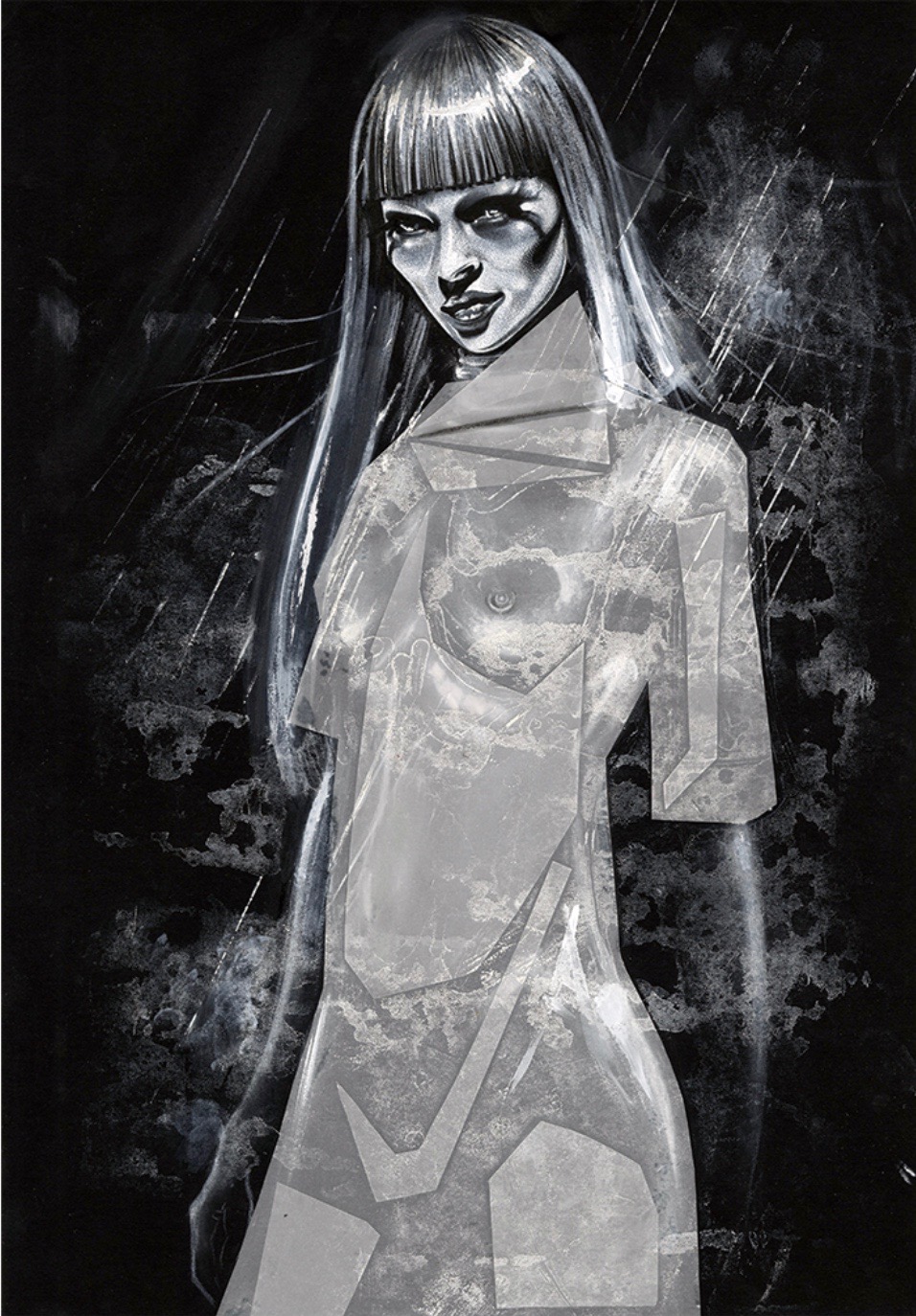 The Mass is pleased to present a SHOWstudio takeover.

Kate Moss is one of SHOWstudio’s most prolific and valued contributors. The Mass will introduce some of her many collaborations with Nick Knight and SHOWstudio, including early works from 2000 (the year SHOWstudio began) and her more modern and contemporary projects with Knight, showcasing Moss’ ability to surprise and transform before the camera. To celebrate her magnetism on the runway, as well as on the screen, thirty of the world’s best fashion illustrators interpreted her most iconic catwalk looks, each hand selected by Kate Moss.

Kate Moss says: ‘It was such a pleasure to have the chance to look back on the incredible clothes I have worn on the catwalks and to see how these have inspired SHOWstudio’s amazing selection of fashion illustrators – it brings back many memories and feels like a fitting tribute to the wonderful designers I have worked with.’

Nick Knight says: ‘I asked 30 of the world’s best fashion illustrators to draw Kate’s most iconic catwalk looks, all chosen specially by her, for the amazing designers she has worked with including McQueen, Galliano and Westwood. The result is a uniquely beautiful exhibition that shows the many exciting ways each artists sees the model who has come to symbolise what fashion means for a whole generation and someone who has been a consistent inspiration for me over the many times she and I have worked together. Fashion Illustration is one of the most artistic mediums to portray fashion and I am thrilled to bring this show to The Mass, one of Tokyo’s most exciting new galleries.’ 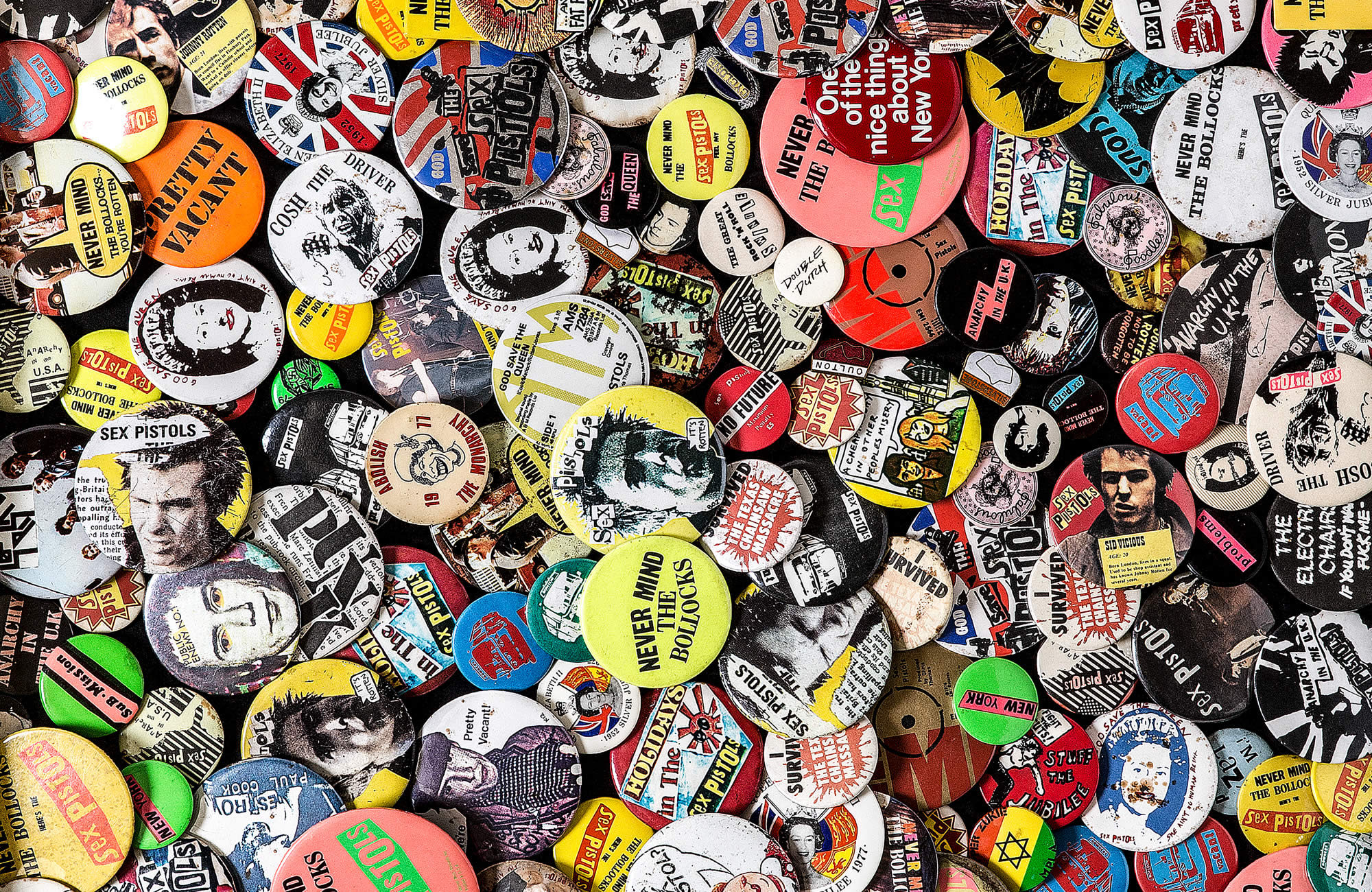 This exhibition explores movements such as music, art and fashion that were created during 1971 and 1984.

71-84 Book fully illustrated in nine volumes boxed with in a slipcase, 1,468 pages. Designed by mo’des book. 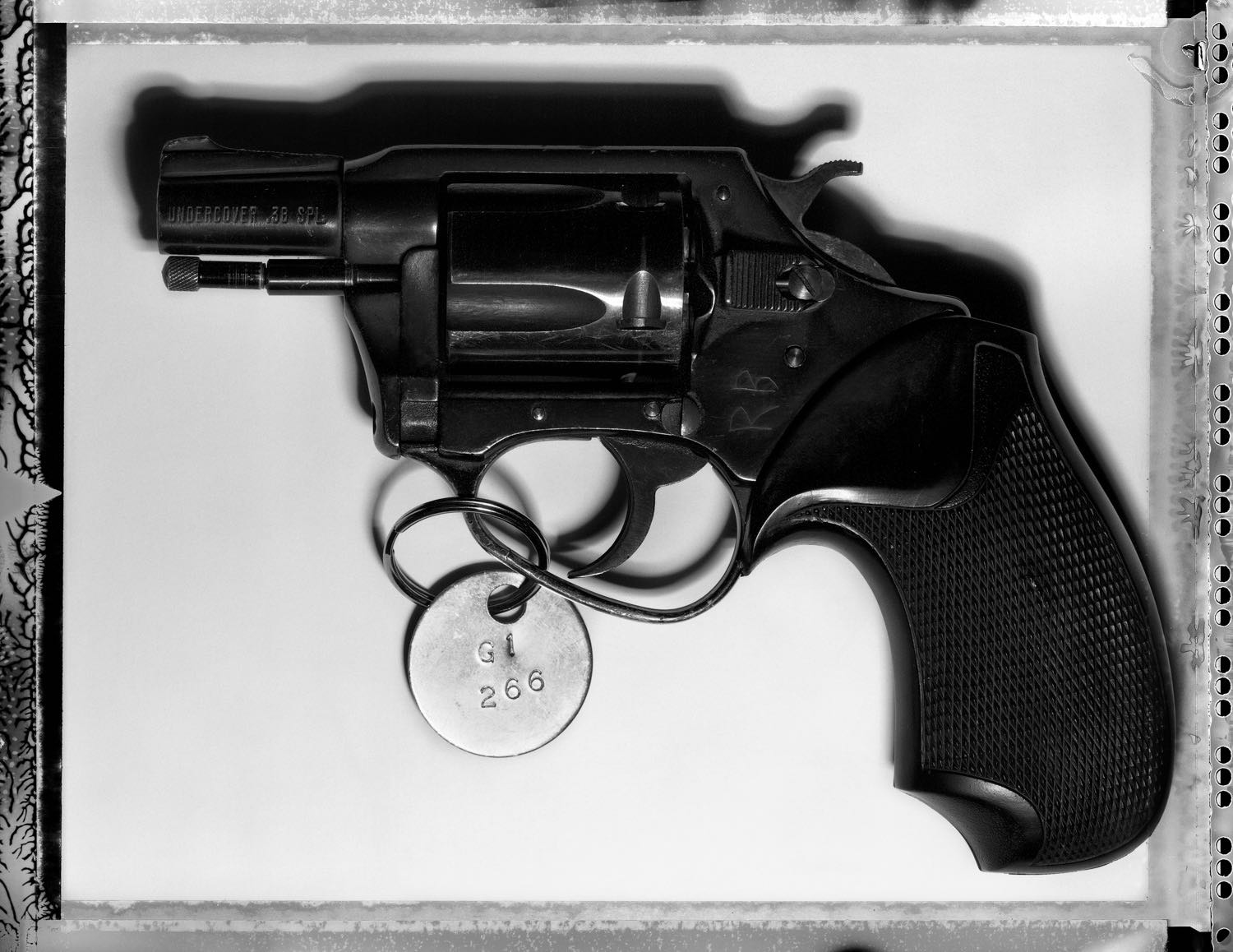 We are happy to present Henry Leutwyler’s first solo exhibition in Japan. Document, an exhibit chronicling a twelve-years project.
Henry Leutwyler was born in Switzerland in 1961. He lived and worked in Paris for a decade before finding his way to New York City in 1995, where he established his reputation as portrait and still life photographer.

Steidl published Leutwyler’s first book Neverland Lost: A Portrait of Michael Jackson, in 2010. The first edition of Ballet was published in 2012, the second edition in 2015. The images from Ballet and Neverland Lost have been exhibited in solo shows in Los Angeles, New York, Paris, Moscow, Madrid and Zurich. His work has graced the pages of numerous magazines around the world and has earned him countless honors and awards.

A glove worn by Michael Jackson, James Dean’s door at the Iroquois Hotel symbolize the only stability in the nomadic existence of a young actor whose career was skyrocketing, Jean-Michel Basquiat’s hip Issey Miyake sunglasses, James Gandolfini’s Cadillac – his favorite possession, Astronaut and Apollo 14 crew member Alan Shepard’s golf club used to play golf on the moon, to name a few.
Leutwyler says “The people I was really interested in died before I could photograph them, so I thought, Let me make a list of my heroes and some villains and research what they owned.” (ARTE FUSE, 2016)

We will exhibit a selection of 45 photographs from Document which features the issues of American History over 100 years. 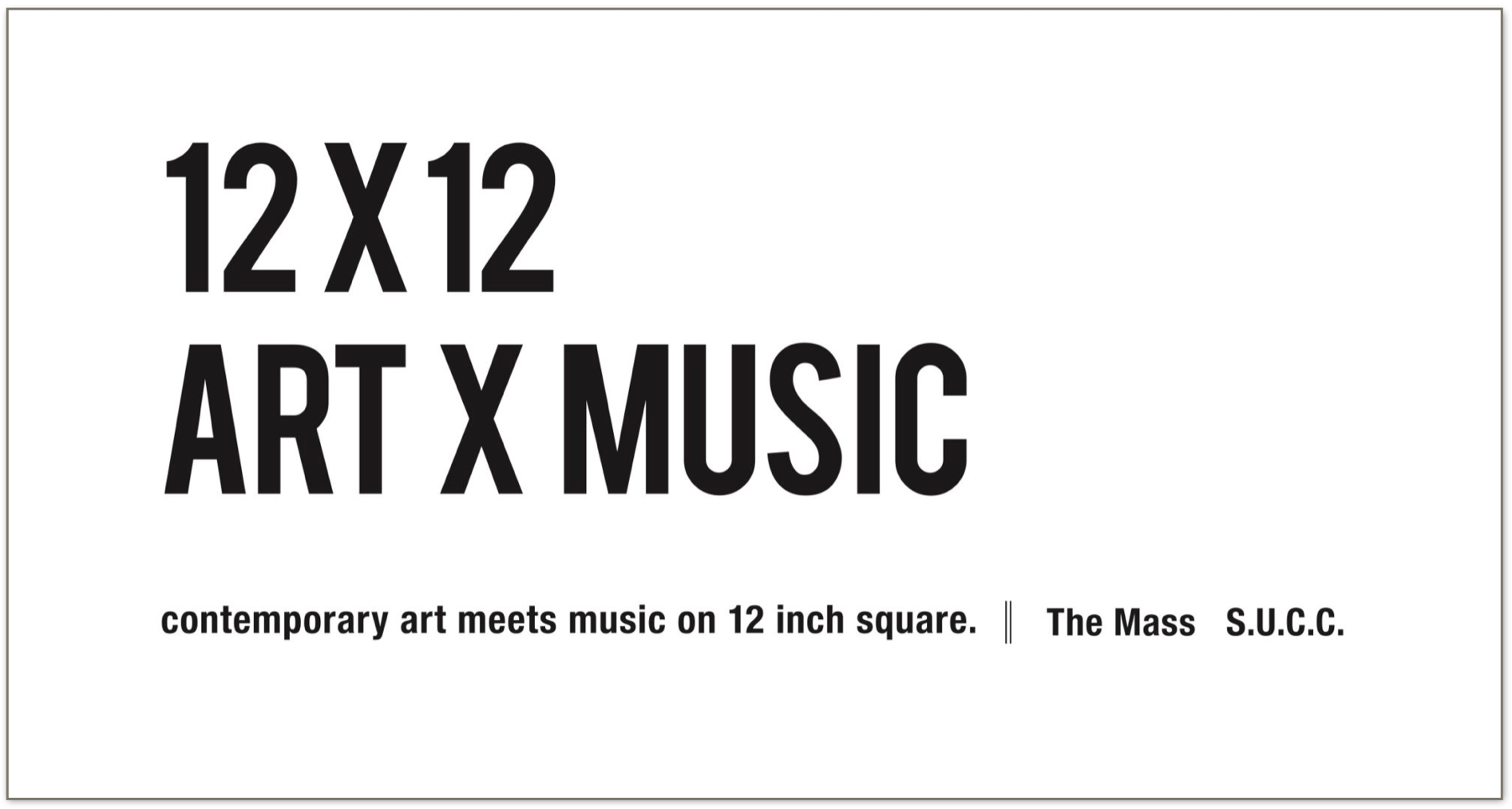 In this exhibition, we are featuring about 80 record jackets designed by artists such as Richard Prince, Damien Hirst, Banksy to name a few.

12×12 ART×MUSIC catalog will be available in our store during the exhibition. Edition of 2000

*S.U.C.C. is a group of popular culture studies (creation and PR) students formed by Hiroshi Fujiwara who is currently a visiting professor at the Kyoto Seika University.